Over the past few years, we have seen an explosion on the offensive side of the ball. 2018 was the epitome of this revolution, with high-flying passing attacks such as Andy Reid’s Chiefs and Sean McVay’s Rams stealing the show. Teams around the league adapted, and in 2020 we saw the culmination of that. 12,692 points were scored by NFL teams in 2020, shattering the previous record of 11,985 points scored in 2013. To win in today’s NFL, teams need to have an explosive offense, and it’s time to take a look at how this came to be.

Offenses have also become the focal point of success in the NFL. In 2010 only four of the top 10 offenses by points per game made the playoffs. While in 2020, the top nine offenses made the playoffs, only the Raiders at #10 missing out. In today’s NFL, teams must have a potent offensive attack to be a contender in the NFL. In 2018, 10 of the top 11 offenses by points per game made the playoffs, and in 2019 eight of the top 10 offenses made the playoffs. The best way to build a team now is to center around the offense, as that increases a team’s path for success. The league knows this as well. More and more young offensive minds are getting hired as teams search for the next great offensive mastermind. Bruce Arians, Andy Reid, Kyle Shanahan, Sean McVay, and Doug Pederson are all offensive-minded head coaches who have led their team to a Superbowl appearance in the last four seasons. Bill Belichick is the lone exception, leading the Patriots to Superbowl appearances after the 2017 and 2018 seasons.

Why exactly have offenses become more potent in recent seasons? The early 2010s were the time for defenses such as the Legion of Boom and the 2015 Broncos to thrive. In 2017 it seemed that defenses had triumphed, with the scoring average across the league dropping to just 21.7 points per game. So what has changed that has caused an explosion of points scored and an offensive revolution? The answer comes out of the NFC West.

The NFL is infamously known as a copycat league. After the success of Pete Carroll’s single high shells in the early 2010s, teams around the league changed their defenses to copy that. And in 2017, with the hiring of Sean McVay as head coach of the Los Angeles Rams, we saw the beginning of the offensive revolution. The Cover 3 defense that the Seahawks ran was aimed at stopping the run game of offenses by stacking the box with eight players. Sean McVay came to LA with a plan to combat that. In 2017 he used 11 personnel (3 WRs) on offense 80% of the time. He combined this with a strong run game, lead by Todd Gurley, to devastating effect. The strong run game enabled him to use play-action 29% of the time, which was good enough for 2nd in the league. 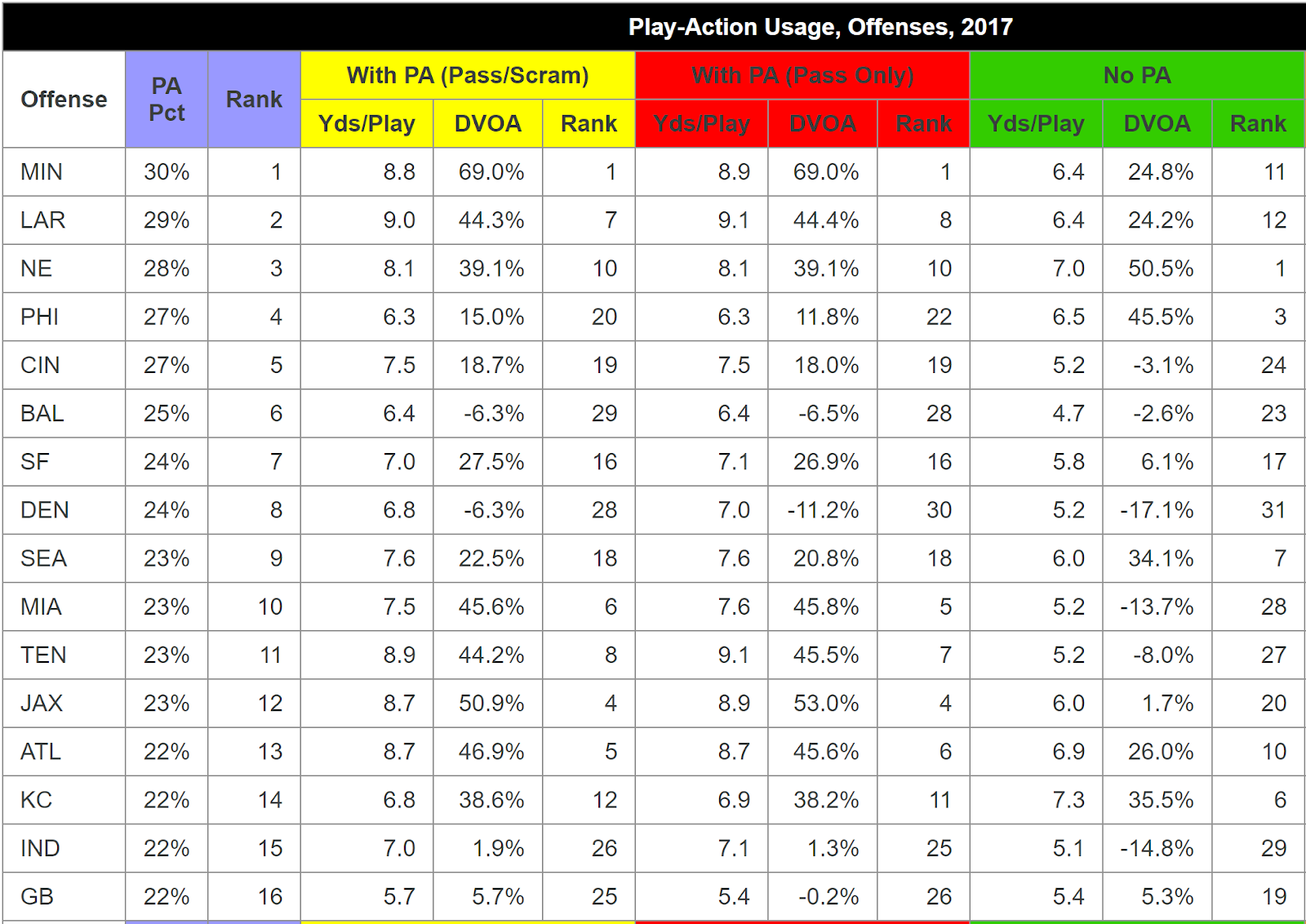 The Rams offense was the best in the league that year at 29.9 points per game, but that was only the beginning. In 2018 they scored 32.9 points per game, but that was only enough for 2nd in the league as the Patrick Mahomes breakout lead the Chiefs to score a whopping 35.3 points per game. As other teams began to search for their own Sean McVay, we saw teams hire offensive play-callers who ran the same scheme. The Titans, Packers, 49ers, and the Vikings are just an example of teams that have offensive play-callers running this scheme. Other potent offenses around the league, such as the Bills, Chiefs, and Buccaneers, have incorporated a high percentage of 3 WR plays to combat single high defenses. As teams continue to incorporate more of McVay’s offensive ideas, offenses will continue to be explosive – that is until defenses begin to adjust.

Not surprisingly, the answer that defenses have come up with starts from the Rams as well. 2020 Defensive Coordinator, Brandon Staley, led the Rams to the best defense, giving up 18.5 points per game. According to Next Gen Stats, the Rams had two deep safeties on 83% of their plays, by far the most across the league. This quote by Staley about his defense is also enlightening.

It takes a lot of 4- and 5-yard runs to add up to a 50-yard pass. If you truly believe that explosions are how you lose in the NFL, you really need to start there in your philosophical structure and how you construct your defense.

Brandon Staley, via The Athletic

And that’s what Staley’s defense did. They only gave up 10 out of 44 deep passing attempts, and along with five interceptions, that lead to a passer rating of opposing QBs of 29 on deep pass plays. The best example of this would be in week 11, where the Bucs stifled Tom Brady and the Bucs passing attack. According to Next Gen Stats, Tom Brady was 0-6 with two interceptions on deep passes against the Rams, leading to an ugly defeat for the Bucs. For now, it seems that the solution for defenses is to revert to these two deep safety looks. The most recent Superbowl is an example of this. The Bucs played two safeties deep on 87% of their defensive snaps. The deep passes that Mahomes had much success with against the same Bucs defense in Week 12 just stopped working.

The 2021 NFL season should be fascinating to observe. More defensive play-callers will look at the Bucs and Rams’ success and incorporate those same coverage looks into their defenses. Whether this will slow down the offensive revolution remains to be seen. But for now, this is where defenses are heading for the foreseeable future.