After a stellar start to the season, the Pittsburgh Steelers lost five of their last six games and were ultimately bounced in the first round of the playoffs. Their inevitable collapse exposed the Steelers’ area of weakness during their final stretch of the season. The offense was abysmal, with the stats to support it. In total offense, the Steelers ranked 25th and dead last in rushing. They also ranked 1st in passing attempts and 28th in rushing attempts, indicating no balance in their offense. Ultimately, the majority of their needs reside on the offensive side of the ball. Here we will explore their five biggest needs and potential targets. 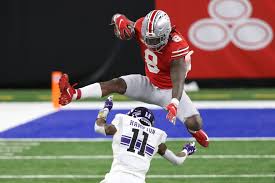 This really should be no surprise. Given that the Steelers finished last in rushing and with James Conner set to hit free agency, running back is a huge need. With Big Ben returning for another season, a well-rounded and balanced team around him will be the key to their success in 2021. With the value of running backs on the decline, it does not make much sense to invest heavily in free agency to address this need, nor should they invest a first-round pick. Players such as Chubba Hubbard, Trey Sermon, or Javonte Williams should be available in later rounds. With their athleticism and ability to be a workhorse, the Steelers will have plenty of options when April rolls around. 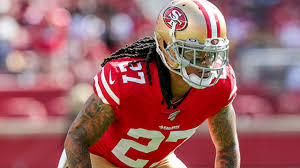 Both starting corners, Mike Hilton and Cam Sutton, are set to enter free agency. The Steelers’ depth will undoubtedly take a hit. While the obvious choice might be to retain both players, the duo has a market of value of just over $7 million. Which may price the Steelers out of the market given their current cap situation (+$5.3 million). Instead, look for the Steelers to find a cheaper alternative through the draft and free agency. They could look to the services of Jason Verrett; considering his injury history, they could sign him for a bargain. This would give the Steelers a legitimate starter at the slot corner position. Suppose the Steelers can retain either Hilton or Sutton and add a starting-caliber veteran. In that case, a position of need could quietly turn into a strength very quickly. 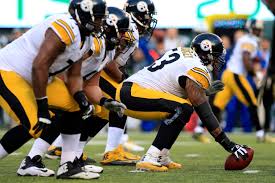 Again, this really shouldn’t be a surprise. In pass protection, the unit fielded quite well as they only allowed Big Ben to be sacked 13 times. However, when you field the worst rushing attack and set to lose Alejandro Villaneuva, Matt Feiler, and Maurkice Pouncey, it very well becomes a top need. Add in that Big Ben is running on his last gallon of gas; the Steelers will need to do everything they can and address this unit. They could look to Kelvin Beachum in free agency, a relatively cheap option that would provide above-average play. Austin Blythe also comes to mind and would fit the mold the Steelers are looking for. In terms of the draft, most experts have the Steelers selecting an offensive lineman with their first pick. Numerous options come to mind. For example, Liam Eichenberg, Samuel Cosmi, and Alex Leatherwood could all come in and contribute to a tackle position from day one. Jalen Mayfield is another name to watch, given his size and run-blocking ability. 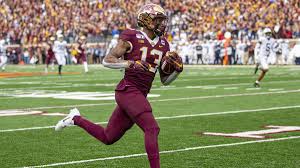 With Juju Smith-Schuster appearing to be on his way out of Pittsburgh, wide receiver just might be the Steelers’ most significant need, given their win-now approach. With Big Ben returning for the 2021 season, the Steelers must field ample weapons to surround him and take as much pressure off Ben as they possibly can. Adding a WR to complement Claypool along with a dynamic speed player, they can do exactly so. Given their history with drafting and developing wide receiver talent, it would not be surprising to utilize the draft to fill this need. If they choose to spend a first-rounder, Rashod Bateman is definitely a name to watch. With his size, speed, and route running, he should complement Claypool perfectly on the other side of the field. At the height of 6’2, he would be an absolute monster in the slot. In terms of free agency, John Brown has reported showing interest in the Steelers. Despite only hitting 450 yards last year, Brown still averages 14.8 yards per catch for his career. So his ability to hit the home-run is still there. Or perhaps an Antonio Brown reunion is on the horizon (kidding, maybe not, you never know).

Yup! The supposed Super Bowl contenders and a team in a win-now mode have their biggest need at quarterback. With Ben Roethlisberger officially returning for the 2021 season on a team-friendly deal, the organization needs to start planning for the future. While they have Mason Rudolph, it appears he may be a serviceable backup, but not necessarily a franchise QB. Dwayne Haskins has an opportunity as well, but his history suggests otherwise. The Steelers should look to this year’s draft to find their replacement. Provide their young QB a chance to learn and develop under Big Ben for a year, maybe even two, and keep your Super Bowl window open for years to come. Barring a trade, the Steelers will most certainly miss out on the Lawrence, Fields, and Wilson sweepstakes. However, if a player such as Trey Lance falls to the teens, Kelvin Colbert should not be afraid to pull the trigger on a trade-up. Lance is a raw prospect and will need time to develop the nuances of the QB position. They could also look for Mac Jones or Kyle Trask in the second round. Trask could learn significantly from Ben, given similar size measurements. Jamie Newman or Sam Ehlinger could also be potential fits in the later rounds. All in all, look for the Steelers to find their eventual successor this coming April.