With a historic Cleveland Browns season officially in the books, the team now shifts their attention to the offseason. They look to build on their success and enter the playoffs in back-to-back years for the first time since 1987. With the salary cap officially set at $182.5 million, the Browns will have over $24 million to spend this offseason. Look for Cleveland to be a top choice for many free agents, with a QB on his rookie contract, numerous stars around him, and a bright mind at coach—yes, you read that correctly. With that, let’s take a look at the top four needs for the Browns to address via free agency or perhaps the draft. 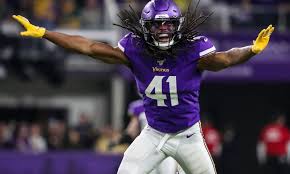 With Andrew Sendejo and Karl Joseph set to hit free agency, the Browns safety depth is also set to take a significant hit. Despite investing in second-round pick Grant Delpit, he has yet to make his NFL debut. Given the severity of his injury, it would be unwise to invest entirely in him. Combined with the fact that returning starter, Ronnie Harrison, is entering his final year of contract, Cleveland would be wise to invest in a proven starter. Even with convention wisdom pointing to safety not being the most important position, Pro Football Focus actually ranks safety as one of the most valuable defensive positions. Given this and the Browns investment, last year in Grant Delpit, look for them to add a proven veteran via free agency. This year’s safety class is loaded with Anthony Harris, Kareem Jackson, and LaMarcus Joyner, highlighting the class. Anthony Harris does have a connection with former Viking Kevin Stefanski, and a reunion could be in the works. Harris is also coming off a relatively down year (given his breakout 2019 season). The Browns should add Harris to a team-friendly deal based on the market and his recent play, perhaps along the lines of three years for $30 million. 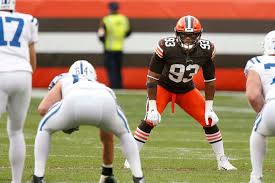 Yup, another need on the defensive of the ball. The Browns currently are set to have B.J. Goodson, Malcolm Smith, and Elijah Lee enter free agency. With the most significant departure being B.J. Goodson. His services will surely be missed, as evident when he missed the game versus the Jets; it was clear he was a key player in their system. With linebackers being relatively low on this list in terms of value, it shouldn’t be hard for the Browns to shore up this need. The clear choice points to the Browns resigning Goodson. Expect the Browns to find another veteran, then add through the draft. With a robust free-agent class, Andrew Barry needs to be aggressive and find his guys. Barry could also look at the draft, specifically Micah Parsons in the first round. However, a first-round pick on a linebacker might be hard to justify. Nick Bolton is another name to watch in the later rounds. 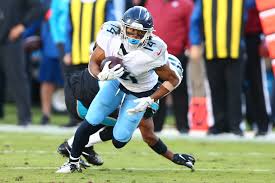 This one might surprise you, given they already have OBJ and Landry on the roster. But if the Chiefs and the Bucs have shown us anything, you can never have too many weapons. Hell, Antonio Brown was WR3 for the Bucs. The Browns need to find a dynamic player who can vertically stretch the field. Personally, it seems more likely to use free agency to accomplish this. Taking a shot on a player such as Kalif Raymond could pay dividends. With his speed and vertical route-running skills, it would be worth it for the Browns to at least take a look. Regardless of who it is, they need to add speed to the unit, in order to take their offense to the next level. 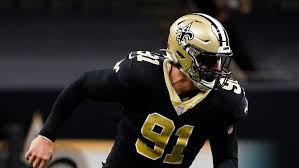 Even with one of the top edge rushers in Myles Garrett, the Browns should look to add a high-caliber edge rusher across from Garrett. With Oliver Vernon, Larry Ogunjobi, and Vincent Taylor set to hit free agency, the depth will take a significant hit. Sheldon Richardson is also already on the north side of 30 and only has one more year left on his contract. The Browns will need to add serious reinforcements to the line. Expect the Browns to take multiple shots at the d-line through the draft and through free agency. Trey Hendrickson looks to be a perfect fit; after a breakout season with the Saints, he will look to take his talent elsewhere (see New Orleans current cap situation). Trey’s role looks to be quite similar. He will again be lined up across from a top edge rusher and take advantage of offenses keying in on Myles Garrett. They could also look to the draft with players such as Christian Barmore at the end of the first or Daviyon Nixon and Jayen Twyman in later rounds. Don’t be surprised if Andrew Barry spends two to three picks on the d-line alone. 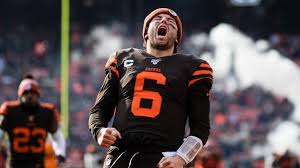 Ready for this one? Yes, QB is a need. However, it is not an immediate need. More so a want, specifically a later-round pick on a potential project QB. Given that Baker Mayfield is eligible for a long-term extension and the ever-growing QB market, it may not be in their best interest to over-invest. Considering his current market is $35 million, it does not seem wise to invest heavily in a game-manager-type QB. The Browns should give Stefanski a shot to use a late-round pick on a project and see what he can do with it.