After another disappointing season, it looks to be a critical offseason for the Cincinnati Bengals. While they found their franchise quarterback in Joe Burrow, they must do everything they can to make life easier for him. The team should make significant upgrades to crucial positions with the fifth overall pick and nearly $43 million in cap space. Expect the Bengals to splurge in free agency for two off-seasons in a row. Let’s take a look at their top 5 biggest needs. 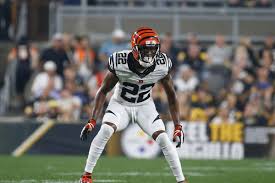 In March of 2020, the Bengals signed Trae Waynes to a three-year, $42 million contract. They then doubled down on former Vikings and inked Mackenzie Alexander to a one-year, $4 million deal. Trae Waynes never set foot on the field for the Bengals due to a torn pectoral muscle. Alexander, on the other hand, looks to be on his way out of Cincy. With Alexander and William Jackson both set to enter free agency, Cincinnati will be down two of their starting corners from 2020. Waynes is expected to make a full recovery and join the team in 2021. If he can return to form, that should take care of at least one of their needs. Resigning William Jackson should be near the top of their to-do list. Given his market value of $6 million, it would be the right move to make. Adding a young veteran such as Desmond King could further solidify the group. Otherwise, look for the Bengals to use a later-round pick to find a nickel corner. Taking a gamble on a player such as Shaun Wade could be worth it in a later round.

Want to accelerate the growth of your young QB? Add weapons around him. In 2020 Drew Sample led the tight end core with a whopping 349 yards. Adding a dynamic tight end who can stretch the field will not only benefit Burrow, it will also provide Zac Taylor an additional weapon in the passing game. Kyle Pitts would be a massive upgrade to the tight end group and the receiving core. With his exceptional body control, speed, and ability to hit explosive plays, he could be the perfect weapon for Burrow. Pitts is unquestionably a name to keep an eye on with the fifth overall pick. 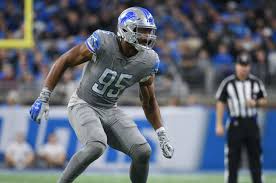 After mustering all of 17 sacks in 2020 (ranking dead-last), the Bengals will undoubtedly be in the market for an upgrade on the defensive line. The Bengals are also expected to lose Carl Lawson, who had the most sacks on the team. It is also rumored the Bengals are expected to cut ties or trade defensive tackle, Geno Atkins. However, it seems unlikely the Bengals select an edge rusher in the first round due to their other needs. Look for them to use free agency to shore up this need. The Bengals should look to the services of Romeo Okwara, who exploded for 10 sacks in 2020. At just 25 years old, Okwara could just be scratching the surface, making him the perfect fit for an up-and-coming Bengals squad. Doing so would allow the Bengals to use a day two pick on a defensive tackle, perhaps Christian Barmore, in the early part of round two.

With A.J. Green set to depart from Cincy, the Bengals will look to add more weapons to a promising duo in Tee Higgins and Tyler Boyd. Again, you can never have enough weapons for their young signal-caller, as the Chiefs and Buccaneers have shown us. It would make a ton of sense for the Bengals to select Ja’Marr Chase in the upcoming draft. They might even be able to trade down and still select him. Reuniting the dynamic duo or Burrow and Chase could shape the franchises’ future and ultimately develop into a top QB-WR tandem. The Bengals could also look to free agency for a proven veteran. Adding Keelan Cole could be an intelligent gamble given his young age and projected market value. Cole has shown he can put up decent numbers despite poor QB performance. Paining him with Burrow could allow both players to further develop their game. 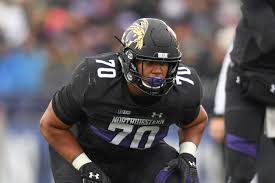 Now that the Bengals have their answer at QB, it’s time they do everything they can to protect their investment. Cincinnati’s offensive line has graded in the bottom five of the league in four consecutive years. Jonah Williams looks to be the part. Suppose they can add a premium tackle through the draft and two above-average guards in free agency. In that case, this unit could quietly turn into a solid group. They could also opt to spend their fifth pick on Penei Sewell and add a player such as Joe Thurney in free agency. Doing so could very well put this group into the elite category. However, finding two serviceable guards should do the trick, allowing them to spend money elsewhere. Austin Blythe and Pat Elfien are names to watch in free agency. Both are young players and should be relatively cheap but would provide an instant upgrade to the line. In upcoming April, expect the Bengals to select a tackle early (most likely a day one or day two pick). Penei Sewell seems to be the most obvious choice at five. However, trading down and collecting additional picks, and selecting Rashawn Slater is also a possibility. All in all, it should be an exciting offseason for the Bengals. What they do with their fifth overall pick will certainly be a story monitor and might just change the course of the draft.